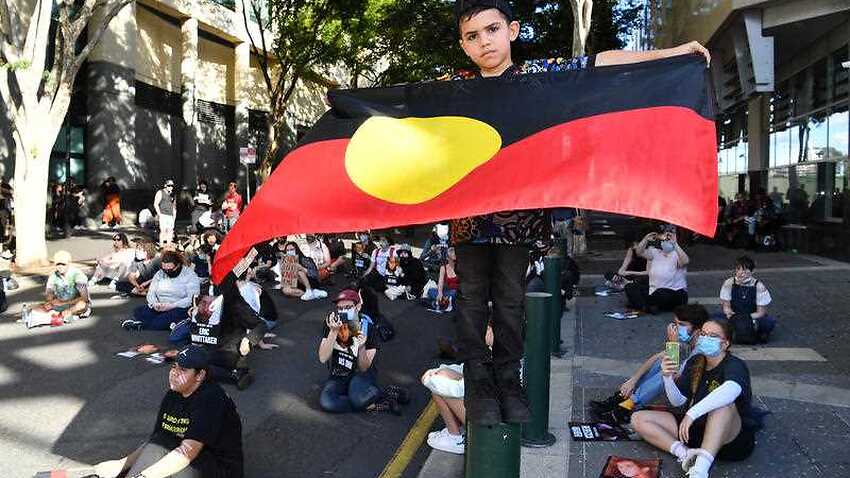 What started as protests against police brutality towards African-Americans, the Black Lives Matter movement has in recent weeks highlighted the controversial past of many figures who have been immortalised in statues.

But as several monuments around the United States and locally in Australia were torn down or defaced, there is a growing debate around how history is taught and framed. In Australia educators and researchers have told SBS News more needs to be done to ensure school students are learning about the history they need to know.

Gumbaynggir man Michael Donovan is the Director of Indigenous Strategy at Macquarie University, he said while there is a policy to embed Aboriginal perspectives throughout the curriculum in New South Wales, teachers often do not have the resources to teach it.

“Even though the policy has been mandatory for over 20 years it’s not being implemented. Teachers don’t have enough foundational knowledge to feel comfortable teaching it,” he told SBS News.

Mr Donovan said there had been lots of improvements over the year, but there is still a long way to go to ensure all students are learning enough about Indigenous history.

“As a society we still have very limited knowledge. There are falsehoods that are maintained in Australian society and we need to challenge those,” he said.

History is mandatory from years kindergarten through to year 10 across the country, with Australian history becoming an optional subject in the final years of school.

Deb Hall from the History Teachers Association of Victoria told SBS News it was disappointing that only one per cent of year 11 and 12 students chose to take the Australian history subject.

“The problem is people think if it’s in the curriculum it will be taught, when in fact there is enough in the curriculum to teach a full year of history every year until year 10. Where a tiny percentage of students are getting full access to that, each school only teaches one semester of history and then it’s optional,” she said.

Ms Hall argued the issue is not in the school curriculum, which she said thoroughly covers Indigenous history, or with the teachers, but that history is not given the same class time or priority as science, technology, English and mathematics.

“Aboriginal history is covered in good ways in the curriculum, and focusing on a range of things, colonial history, pre-European arrival history, civil rights and resistance movements,”

“Teachers get in touch in absolute distress because they are winding back the hours of teaching of history at the junior levels of school to increase STEM,” she said.

Ms Hall added that she thought the current Black Lives Matter debates showed a hunger for more history from students and that schools needed to meet that demand.

“There is often this outcry about how much Australians don’t know about their history, but the fact is many Australians choose not to know, they aren’t choosing history. So parents are telling their kids not to choose history once it is optional, there are only so much teachers can do with the hours they have the students in front of them,” she said.

Michael Westaway from the University of Queensland said that areas of history previously thought of as too controversial, such as massacres and the Frontier Wars, were now being taught well throughout the curriculum.

But he said as a society we needed to place a higher value on history education.

“As a settler society, a lot of people seem really disconnected to the Aboriginal history. It’s really important to tell the story of dispossession,” he said.