A group of about 260 Australians who paid at least $5,160 each for an evacuation flight out of Peru have returned home.

The Lima-Sydney LATAM flight, facilitated by Australian travel company Chimu Adventures and the Federal Government, touched down on Tuesday morning.

Heather, who wished to only be identified by her first name, told SBS News the aircraft erupted into applause when it landed.

“In the end, the peace of mind was worth that money,” she said.

Heather travelled to South America for a two-week trip on her own after her doctor advised it would be fine, but expected to be back in Melbourne in time for a scheduled lumpectomy and subsequent radiology treatment.

Chimu flight has departed Peru on route to Sydney with passengers from Cusco and Lima. Thanks to all, including Peruvian airforce for hard work to make it happen. We are focussed on our ongoing work to help Aussies get home.Thanks for your patience and understanding. @MarisePayne pic.twitter.com/DGDdIVCyRB

She said the final hours in Peru were “nerve-racking”.

“There was a lot of anxiety before getting on the plane. It was a pretty confusing mess.”

She said there were long waiting times, handwritten boarding passes and surprisingly, no health checks.

Once on board, she said people were told to sit where they liked, meaning some passengers who paid for business class fares were stuck in economy.

“But once the plane took off, there was a great relief.”

Heather is now in the Sheraton Grand Sydney Hyde Park, where she will be quarantined for 14 days, as per latest government rules.

But it is now unclear when she will be able to have her breast cancer procedure.

“It’s all a perfect storm. They may not be able to do it … I don’t know what options I will have.”

Heather said she was aware of Australians who remain stranded in Peru, either because they could not afford the flight or reach Lima due to domestic travel restrictions.

“Many people are still there,” she said.

Help for Australians on Antarctic ship

There has been good news for the more than 120 Australians stuck on the MV Ocean Atlantic, which is off the Uruguay coast after an Antarctic voyage.

Chimu Adventures and the Federal Government has organised a flight home from Montevideo on Wednesday.

But there was confusion over the past 24 hours after Chimu Adventures substantially increased the seat prices.

But Minister for Foreign Affairs Marise Payne told SBS News the Federal Government will “ensure the Australian passengers [on the MV Ocean Atlantic] are reimbursed for this price rise”. 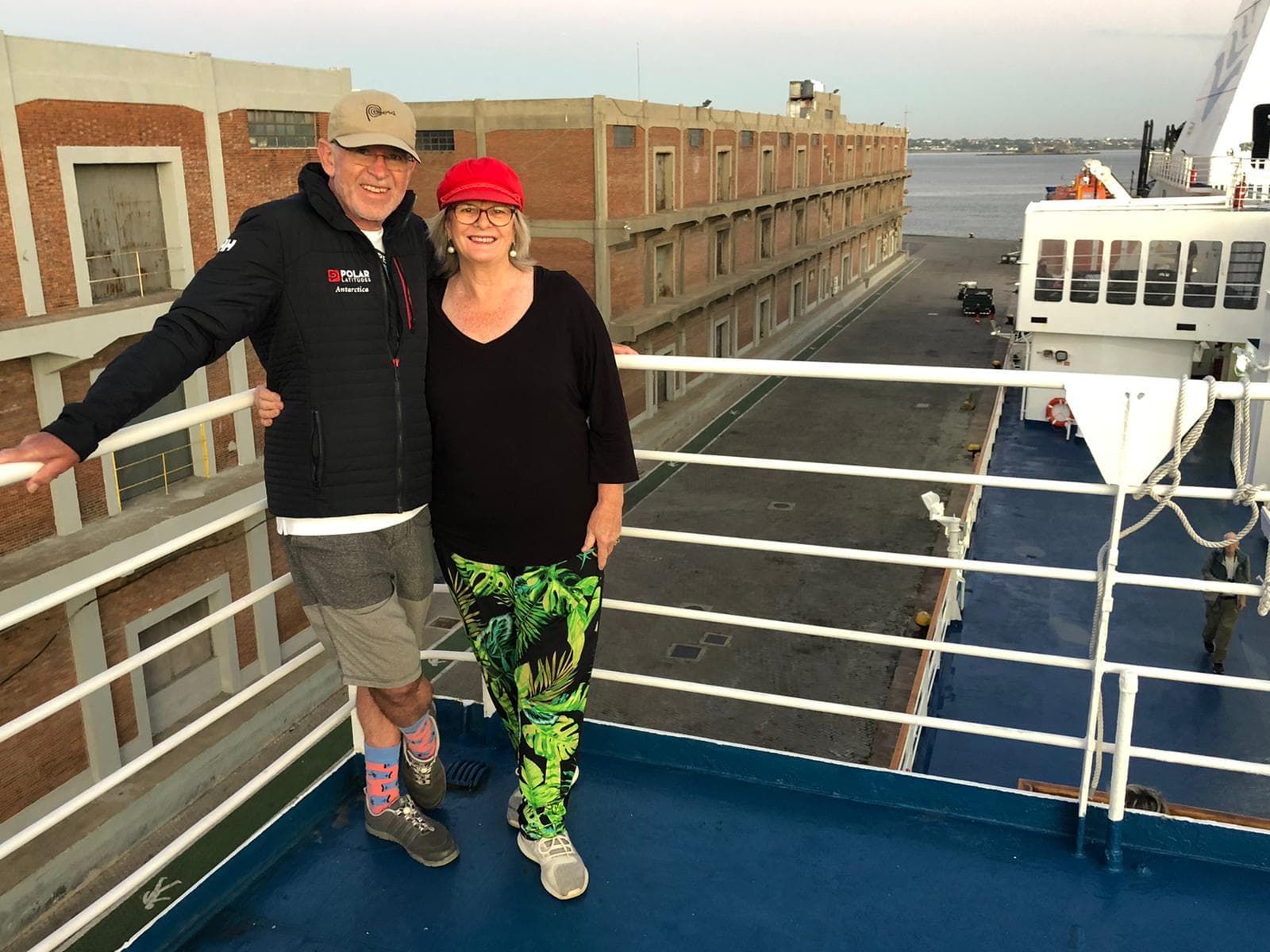 Joy O’Neill and her husband Tom in Montevideo.

Passenger Joy O’Neill, who is on board with her husband Tom, said the experience has been an emotional roller coaster.

“[The price hike] created a lot of difficulties for people that had already paid quite an exorbitant amount,” she said.

“That amount could have taken it to breaking point.” 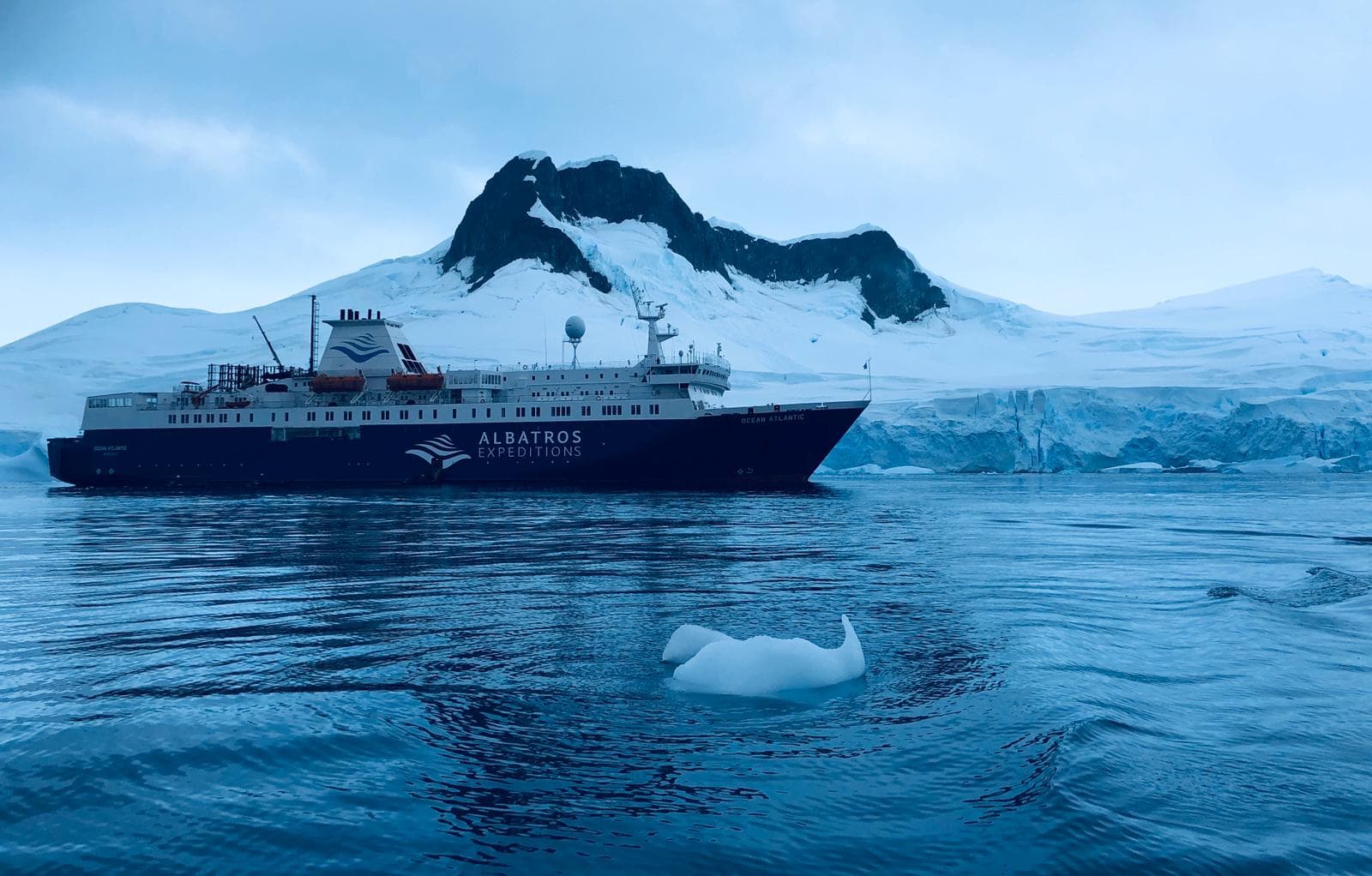 The ship in Antarctic waters.

The voyage was meant to finish on 21 March, but the ship was refused entry at different South American ports.

“It’s been like [the film] Groundhog Day … Time is blurry,” Ms O’Neill said.

“We are not on a traditional cruise ship, we are on an expedition ship … It’s a much smaller vessel.”

She said the passengers were “very, very grateful” for the government support and that “everyone on board will comply with what is expected of us at home”.

Ninety-six Australians are also stuck on the MV Greg Mortimer, another Antarctic voyage which was denied berthing rights and remains anchored off the port of Montevideo.

SBS New asked the Department of Foreign Affairs and Trade if they will also receive assistance.

“[The Department] continues to work closely with the cruise industry and cruise line operators to provide advice to Australian passengers on cruise ships with itineraries impacted by COVID-19,” a spokesperson said.

A spokesperson for operator Aurora Expeditions told SBS News “we are at anchor in the Montevideo harbour where we can access further supplies and other services as required”.

“Our number one priority is working with all relevant authorities to get our passengers, staff and crew back to their homes as soon as possible.”

People in Australia must stay at least 1.5 metres away from others and gatherings are limited to two people unless you are with your family or household.

If you believe you may have contracted the virus, call your doctor (don’t visit) or contact the national Coronavirus Health Information Hotline on 1800 020 080. If you are struggling to breathe or experiencing a medical emergency, call 000.