Police have made arrests and fired a water cannon to break up the first protests since China signed into law national security legislation for Hong Kong yesterday.

Beijing on Tuesday unveiled the details of the much-anticipated law after weeks of uncertainty, pushing China’s freest city and one of the world’s most glittering financial hubs onto a more authoritarian path.

As thousands of protesters gathered downtown for an annual rally marking the anniversary of the former British colony’s handover to China in 1997, riot police used pepper spray to make arrests, while shops and one metro station closed.

“I’m scared of going to jail but for justice I have to come out today, I have to stand up,” said one 35-year-old man who gave his name as Seth.

Crowds spilling out into the streets chanted “resist till the end” and “Hong Kong independence”. 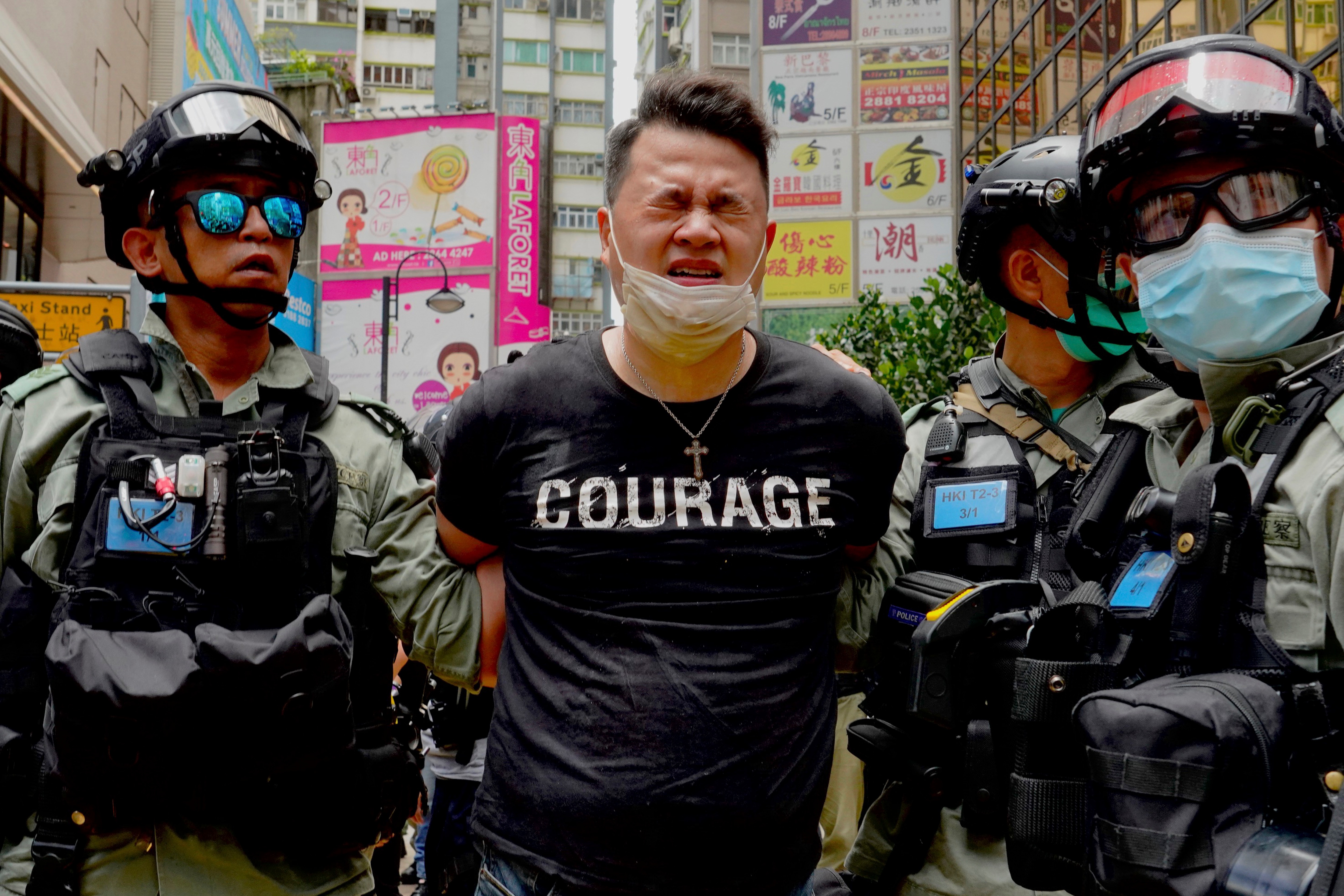 Police detain a protester after using pepper spray during a protest in Causeway Bay before the annual handover march in Hong Kong, Wednesday, July. 1, 2020

Police fired water cannon to chase them away and later said they had made 30 arrests for illegal assembly, obstruction, possession of weapons and violating the new law.

Police, who earlier banned the rally, cited the law for the first time in confronting protesters and they also made their first arrest under it – a man holding a flag advocating independence.

“You are displaying flags or banners/chanting slogans/or conducting yourselves with an intent such as secession or subversion, which may constitute offences under the … national security law,” police said in a message displayed on a purple banner.

The law will punish crimes of secession, subversion, terrorism and collusion with foreign forces with up to life in prison and officially set up mainland security agencies in Hong Kong for the first time, with powers beyond city laws.

China’s parliament adopted it in response to months of pro-democracy protests last year triggered by fears that Beijing was stifling the city’s freedoms, guaranteed by a “one country, two systems” formula agreed when it returned to Chinese rule. 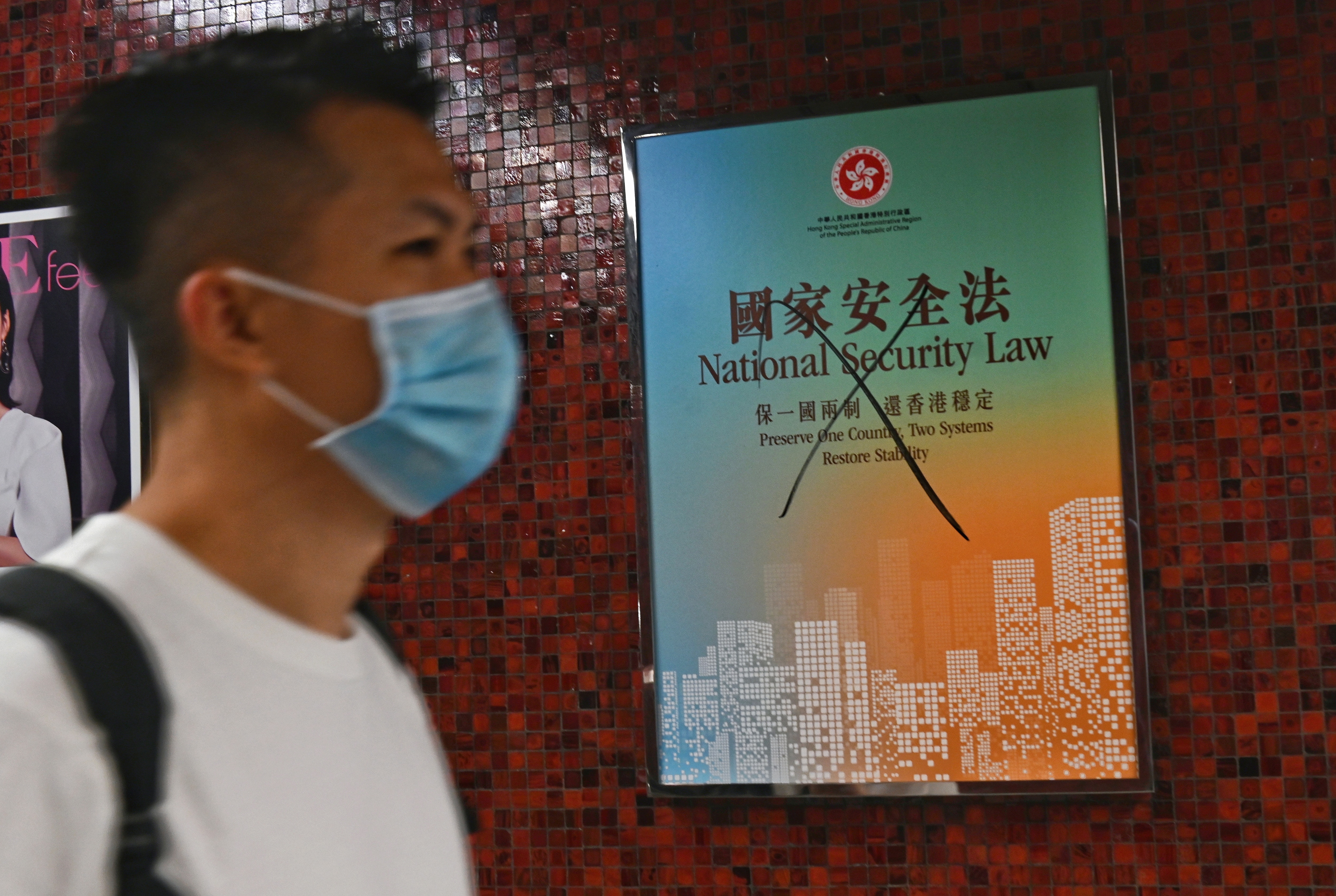 Authorities in Beijing and Hong Kong have repeatedly said the legislation is aimed at a few “troublemakers” and will not affect rights and freedoms, nor investor interests.

But critics fear it will crush the freedoms that are seen as key to Hong Kong’s success as a financial centre.

“The law is a birthday gift to (Hong Kong) and will show its precious value in the future,” Zhang said, adding the law would not be applied retroactively. 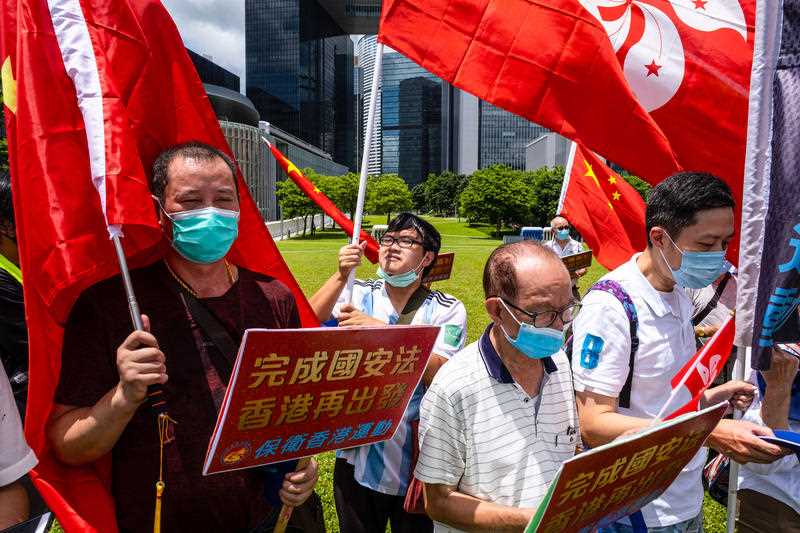 Speaking at a flag-raising ceremony to mark the handover anniversary, the city’s Beijing-backed leader, Carrie Lam, said the law was the most important development since the city’s return to Chinese rule.

“It is also an inevitable and prompt decision to restore stability,” Ms Lam said at the harbour-front venue where 23 years ago the last colonial governor, Chris Patten, a staunch critic of the security law, tearfully handed back Hong Kong to Chinese rule.

Some pro-democracy activists gave up membership of their groups just before the law came into force, though calling for the campaign for democracy to go on offshore.

“I saw this morning there are celebrations for Hong Kong’s handover, but to me, it is a funeral, a funeral for ‘one country two systems’,” said pro-democracy protester Kwok Ka-ki.