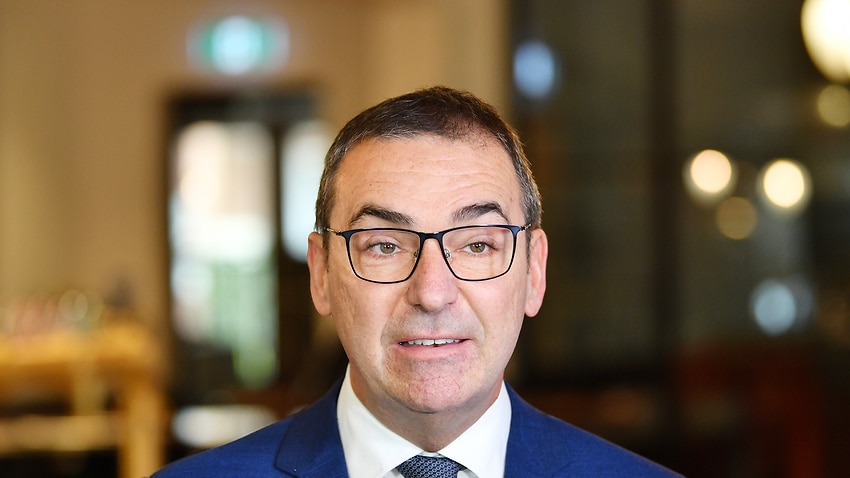 South Australia has called a halt to granting international travel exemptions on compassionate grounds after SA Health bungled the case of a British woman who arrived on the weekend and tested positive to COVID-19.

Premier Steven Marshall says he wants to get to the bottom of the problem, which resulted in the woman presenting herself to authorities on arrival in Adelaide rather than being met by health officials, before allowing any further international travellers into SA in such circumstances.

“I don’t think we should be granting any further exemptions for overseas travel to South Australia until we’ve ironed out this administrative error,” Mr Marshall said on Thursday.

“We’re going to make sure we have air-tight systems going forward before we grant further exemptions for people coming from overseas.”

But Mr Marshall said he did not intend to “hang SA Health out to dry” and praised the department’s overall handling of the pandemic as well as the previous arrival of international travellers.

Before Sunday’s case, 21 other people had come to SA from overseas on compassionate grounds, about half to attend a funeral and the others to visit a dying relative.

The British woman, in her 50s, was granted her exemption to visit a dying relative.

She had spent about a week in quarantine in Victoria after arriving in Australia from the UK and had tested negative while in isolation.

She wore a mask while travelling to SA and made herself known to airport authorities and was then escorted out by police.

When tested again, she returned the positive result, becoming the state’s 440th case of COVID-19 and the first for almost three weeks.

The woman was returned to quarantine while almost 20 close contacts were also ordered into self-isolation.

After initially saying Victorian officials did not tell them when the woman would arrive, Chief Public Health Officer Nicola Spurrier issued a statement on Thursday conceding the flight information was passed on.

“Due to an administrative oversight, we can confirm the relevant flight details involving an overseas traveller arriving in South Australia were provided to SA Health prior to their arrival,” Professor Spurrier said.

“What this issue has highlighted is the need to strengthen the processes involving travellers arriving from overseas and travelling between states during their quarantine period.”

After SA’s initial comments, Victorian Chief Health Officer Brett Sutton said South Australia was told of the woman’s travel details and he had the email to prove it.

“I’m not sure why there is a misunderstanding about having been informed, but that email was sent and South Australian authorities were alerted about the time and flight details,” Professor Sutton said.

People in Australia must stay at least 1.5 metres away from others. Check your state’s restrictions on gathering limits. Testing for coronavirus is now widely available across Australia.

If you are experiencing cold or flu symptoms, arrange a test by calling your doctor or contact the Coronavirus Health Information Hotline on 1800 020 080.