This is part of a series of reports on unemployment in Australia.

Finding a job in Tasmania has been difficult for young people in recent years.

Merina Maharjan is originally from Nepal and moved to Hobart in July 2019 because Tasmania’s landscape reminded her of home.

“I lived in Sydney for four years and during that time I travelled to different cities on a tour … Melbourne, Brisbane, the Gold Coast, and Hobart was the best,” the 28-year-old told SBS News.

In Nepal, she studied tourism and worked as a marketing officer, but she wanted more. She moved to Sydney four to study business accounting and administration at the Holmes Institute. When she moved to Hobart she took up an advanced leadership course at the Central Australian College.

She wanted to find work in entry-level accounting, but was only able to get work as a cleaner. Merina Maharjan has been able to get some work cleaning AirBnBs, but that work has dried up since the start of the pandemic.

“Since the pandemic started, my shifts have decreased by about 90 per cent. For the last three months I think I’ve hardly worked, and if I did not have my partner with me, I would be struggling financially,” she said.

“Before the pandemic, there were many jobs online, at least 30 every day that applied to me.

“Every night I used to make a list of available jobs. Then in the morning, I would have breakfast, drive my car and go to all the places that were advertising to introduce myself.

“Then I would come home and apply online. I only managed to get two interviews, but I failed both because I didn’t have a long-term visa. Since the pandemic started, I’ve applied for jobs online and I haven’t got a response from anywhere.”

He said many of his clients struggled to find work in Hobart even before the pandemic.

“The most surprising thing, [many] of the students have a skill on their hand, they’re not a new student coming from overseas that are new to this place, they have been in Australia for a couple of years, they have already known the lifestyle of Australia.

It’s not just international students who are struggling.

Staycee Watkins has been looking for a job for a year and a half.

“Before [the pandemic] it was tough enough, and now there’s no jobs to look for,” the 19-year-old said. 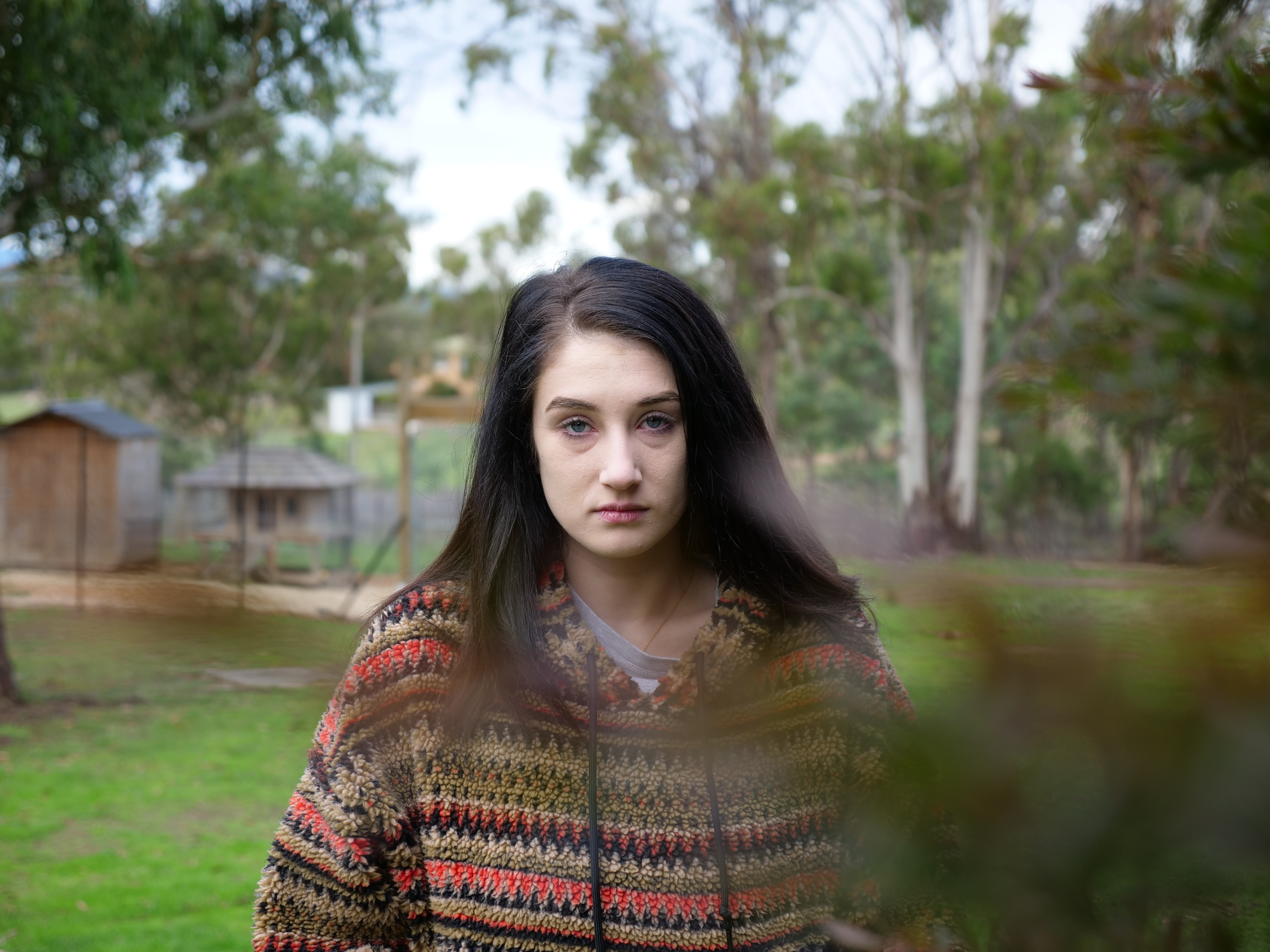 Staycee Watkins, 19, has been looking for a job for a year and a half.

Staycee has been looking for jobs in the hospitality industry, although she has no formal training, she attended Montrose Bay High School, and while there she ran the SecondBite program in grades nine and ten, which prepares hundreds of meals every week for the less-fortunate.

To try and get into the workforce, she went to Colony47, a youth centre in Hobart that runs an employment program called Transition to Work, which helps participants find a job.

Staycee joined the program eight months ago and credits it with giving her more confidence. Last week she had a job interview at a hotel pub. She has a trial shift this week that she is excited for.

“I didn’t think I would get an interview, especially not in hospitality any time soon, so I think things are going to get better,” she said.

In the two to three weeks after restrictions began in Tasmania, the Transition to Work program at Colony47 gained an extra 200 participants who were looking for work after losing their job due to the pandemic.

The growth in that program “has been very significant”, Colony47’s CEO Danny Sutton said.

Prior to the COVID-19 pandemic, the unemployment rate for young people in Tasmania was 15.9 per cent, according to a March 2019 report by the Brotherhood of St Laurence.

The national rate for youth unemployment at the time was 11.2 per cent.

Since the onset of the pandemic, an analysis of the Australian Bureau of Statistics’ Labour Force Survey by economist Saul Eslake, showed young people aged between 15 and 24 made up 38.8 per cent of the jobs lost in Tasmania, despite that age group only making up 15 per cent of the state’s population.

The figures are backed up a new report from the National Skills Commission called A Snapshot in Time which analysed Australia’s labour market during the COVID-19 pandemic. It showed Australia’s youth unemployment rate rose from 11.6 per cent in March 2020, to 16.1 per cent in May. Danny Sutton is the CEO of Colony47, a youth service in Hobart.

Colony47 CEO Danny Sutton said many young people are being supported by the JobKeeper program, but he’s worried about what will happen once that initiative ends in September and how Colony47 will support those people.

“We’ve had to be very agile in this space,” he said.

“We’ve done some things like build digital platforms, and we’re really focusing on how we use technology better.”

Tania Hunt is the CEO of the Youth Network of Tasmania (YNOT) which is the state’s peak body representing young people.

She agreed that youth unemployment in Tasmania was a big issue even before the pandemic.

“We know that young Tasmanians have been disproportionately impacted by COVID-19,” she said. Tania Hunt is the CEO of the Youth Network of Tasmania, representing the state’s young people.

YNOT has made a submission to Tasmanian Premier Peter Gutwein’s Economic and Social Recovery Advisory Council, and Ms Hunt believes the issue of youth unemployment needs a targeted response from the state government.

She said there is often a disconnect between young people looking for work and employers in growing industries that have jobs available.

“Some of our fastest growing industries in Tasmania include the community services industry, in particular, aged care. We also know that the construction, manufacturing and building industries have significant employment opportunities.

“We believe that people need to have an understanding, or a greater understanding, of what our fastest growing industries are in Tasmania. Many young people are telling us that they don’t know.”

Tasmania’s Minister for Education and Training Jeremy Rockliff said the state government is aware that COVID-19 has had an impact on youth unemployment.

He said the state government has a number on initiatives in place aimed at improving the training and employment outcomes for young people, including TasTAFE’s “Skill Up” campaign, providing free training for people who want to up-skill, the Skills Matching Service that helps connect job-ready workers with employers, and the Rapid Response Skills Initiative that provides $3,000 towards the cost of training for people who were made redundant. Daniella is studying construction at TasTAFE, and was drawn to the course because of the strong job prospects.

Daniella, 27, is currently studying a Certificate II in construction at TasTAFE. She was attracted to the course because construction work is in high demand in Tasmania.

She is a mother of two young daughters and in the past had worked in retail.

“There doesn’t seem to be many opportunities for work unless you’re in a particular industry,” she said.

Daniella’s course in construction was extended because the pandemic temporarily shutdown the TasTAFE campus, so she’ll now finish studying in August.

When the pandemic started she felt insecure about her future job prospects.

“In the heat of the COVID-19 pandemic, it wasn’t looking good, but I have friends who are in the industry, and they’ve worked throughout the pandemic, so it kind of shows even if there is a pandemic or something going on, that the construction industry is still pretty solid,” she said.

If you are experiencing cold or flu symptoms, stay home and arrange a test by calling your doctor or contact the Coronavirus Health Information Hotline on 1800 020 080.

News and information is available in 63 languages at sbs.com.au/coronavirus